SARAYA to cooperate with R4W through ZERI・Japan.

In 2010, Swiss entrepreneur Marco Simeoni created the Lausanne-based Race for Water Foundation (R4W) with the objective of understanding and helping in the fight against plastic pollution in our oceans. Realizing that collecting plastic waste at sea is impossible from the lack of actual “plastic islands”, Simeoni launched a scientific and environmental expedition in 2015, the Race for Water Odyssey, to make the first global assessment of plastic in our oceans. The seas are a soup of plastic waste and the plastic islands we heard about were a dream. The solution to plastic waste is on land before it even reaches the water.

On April 9th, 2017, R4W set sail around the world for a five-year odyssey, to offer solutions for preserving the ocean from plastic pollution, a genuine environmental disaster on a planetary scale.

How does R4W help?

Discarded plastic thrown into the water is decomposed by ultraviolet rays, turning into microplastics that drift through the ocean. Old fishing nets capture turtles, large fish and seals, struggling until they die. In developing countries, where garbage disposal facilities are limited, rivers become dumping areas and are filled with plastic bags, containers and plastic bottles. If pollution continues in this condition, it is estimated that by 2050, the total weight of creatures in the sea will be the same as the total weight of underwater plastic.

For these and many other reasons, the R4W Foundation helps with the cleaning of the oceans on 3 different fronts:

How is SARAYA involved?

In February 2019, R4W and ZERI・Japan confirmed in Osaka an agreement spanning 5 stopovers between April 2nd to the 10th of August, 2020, in the major Japanese cities of Tokyo, Nagano, Osaka, Kobe and most likely Hiroshima, making it the longest stopover, which will be full of activities during the 2020 Summer Olympic Games.

The agreement was signed between Race For Water and ZERI・Japan, where SARAYA CEO Yusuke Saraya acts as president. The Zero Emission Research and Initiates (ZERI) is a global network of creative minds, seeking solutions to the ever-increasing problems of the world with more than 5o projects worldwide.

SARAYA, through ZERI・Japan, will collaborate with Race For Water, continuing the effort we started to protect the ocean since the creation of Yashinomi. 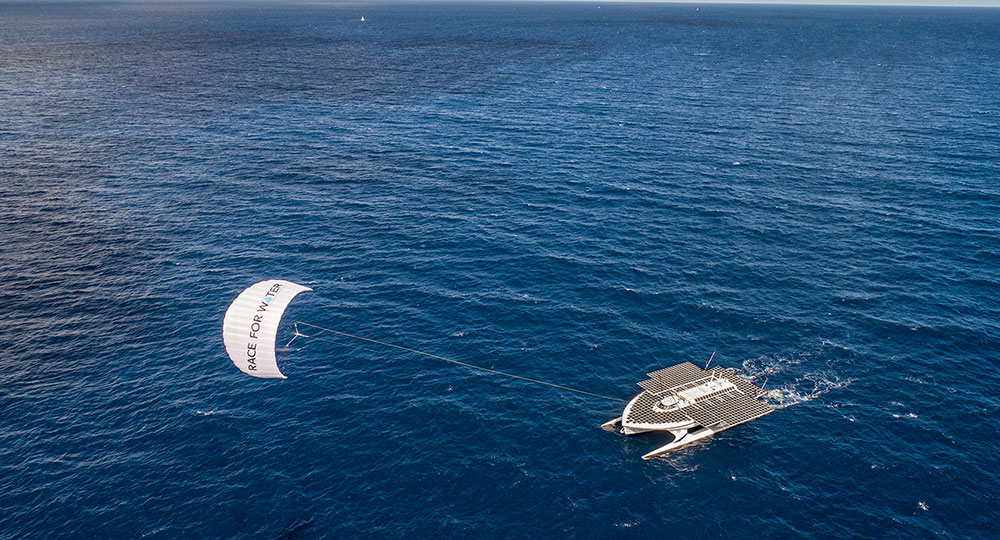