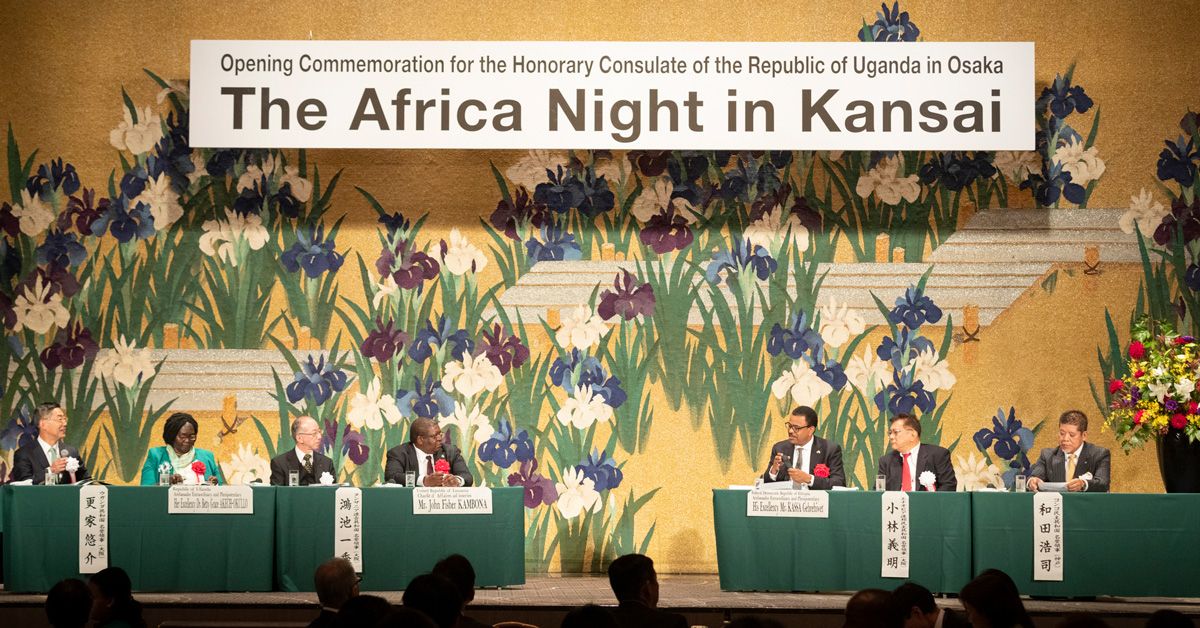 Mr. Yusuke Saraya, president of Saraya Co., Ltd. has been appointed by the Foreign Minister of the Republic of Uganda, Mr. Sam Kahamba Kutesa, as Honorary Consul.

Mr. Yusuke Saraya, president of Saraya Co., Ltd. has been appointed by the Foreign Minister of the Republic of Uganda, Mr. Sam Kahamba Kutesa, as Honorary Consul.

In addition, an Uganda Honorary Consulate in Osaka was opened last Tuesday, November 5, for the purpose of economic and cultural exchanges between Uganda and other African countries with the Kansai region.

Saraya’s activities in the Republic of Uganda

In 2010, in collaboration with UNICEF Japan, Saraya started the Wash a Million Hands! Project, spreading the use of handwash in the country by training millions of mothers with young children in the use of hand wash and installing handwashing facilities.

The following year, in 2011, Saraya East Africa (Currently Saraya Uganda) was established in the capital Kampala, introducing local production of alcohol hand sanitizers and providing training to healthcare staff through the 100% Hospital Hand Hygiene Project, achieving significant results in preventing hospital infections. By 2015, our local factory was certified as a  Good Manufacturing Practice (GMP) facility, being the first to produce hand hygiene disinfectants in Uganda and increasing even further its dissemination in hospitals and healthcare facilities.

Due to the recent pandemic of Ebola virus disease, demand for the hand sanitizer “Alsoft V” has increased, pushing us to increase our production in order to meet inquiries from UN agencies such as WHO and WFP, international NGOs, and trading companies.

On this day, I have been appointed honorary consul of the Republic of Uganda. Uganda has been a friend to me since the start of the “Wash a Million Hands! Project back in 2010. Thanks to that friendship, I become more familiar with Africa, once a place far away, getting closer over time and ending in today’s appointment as the Honorary Consul of Osaka.

I believe that as people of the Kansai region learn more about Uganda and Africa, it also promotes an increase in economic, cultural and personal exchanges, which will lead to the realization of a sustainable world, the essence of the SDGs. For that, I want to thank you all for your continued guidance, and your encouragement in this new activity.

Honorary Consulate of the Republic of Uganda in Osaka