The Importance Of Access To Safe Drinking Water And Sanitation

Access to safe water and sanitation facilities is not only a challenge, but also a goal that needs to be reached in order to provide hygiene for all and fight against poverty.

The United Nation (UN) declared access to safe drinking water in 2010 as a fundamental human right, and an essential step towards improving living standards for everyone. Poor sanitation and contaminated water can lead to the transmission of diseases and an increase in the mortality rate, with still too many people lacking access to safe water and sanitation facilities. Due to that importance, ensuring availability and sustainable management of water and sanitation for all is the 6th goal of the Sustainable Development Goals (SDGs). Providing clean and safe water, for drinking and sanitation, is an important goal to achieve, and a prerequisite to succeed in the implementation of many other dimensions of the sustainable development goals such as health, food security, and poverty reduction.

What is safe drinking water? 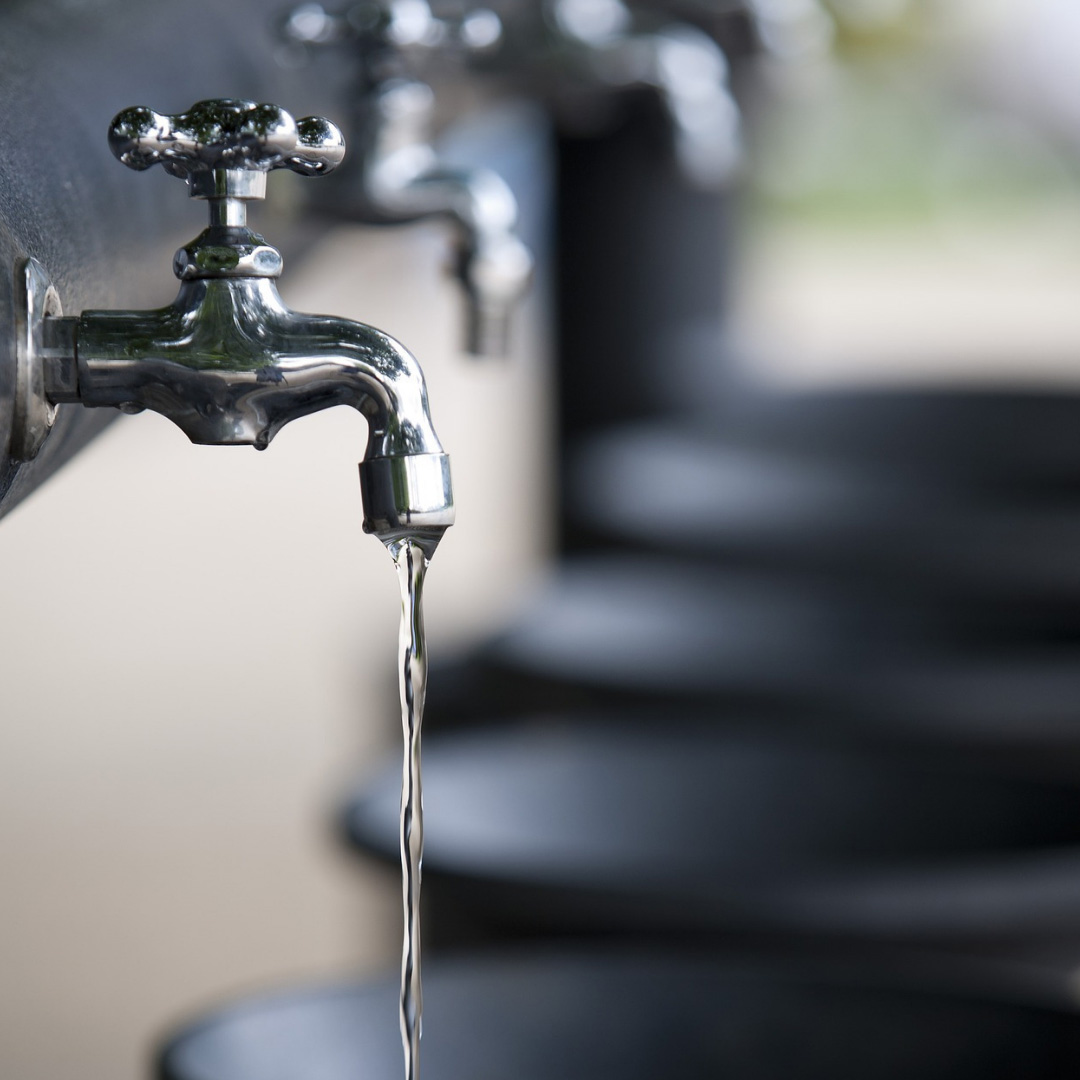 It is a relative term, which depends on the standards and guidelines of every country. For instance, the standard of WHO, which defines it as “water that does not represent any significant risk to health over a lifetime of consumption, including different sensitivities that may occur between life stages” is not exactly the same as for the USA, or for the European Commission. In essence, the term “safe” depends on the particular resistance ability of an individual. Water that is safe for drinking in some African countries might not be safe in European countries, due to a naturally developed resistance of the population to local water-related diseases.

From a human consumption point of view, safe drinking (potable) water is the type that can be delivered to the user and is safe for drinking, food preparation, personal hygiene, and washing. 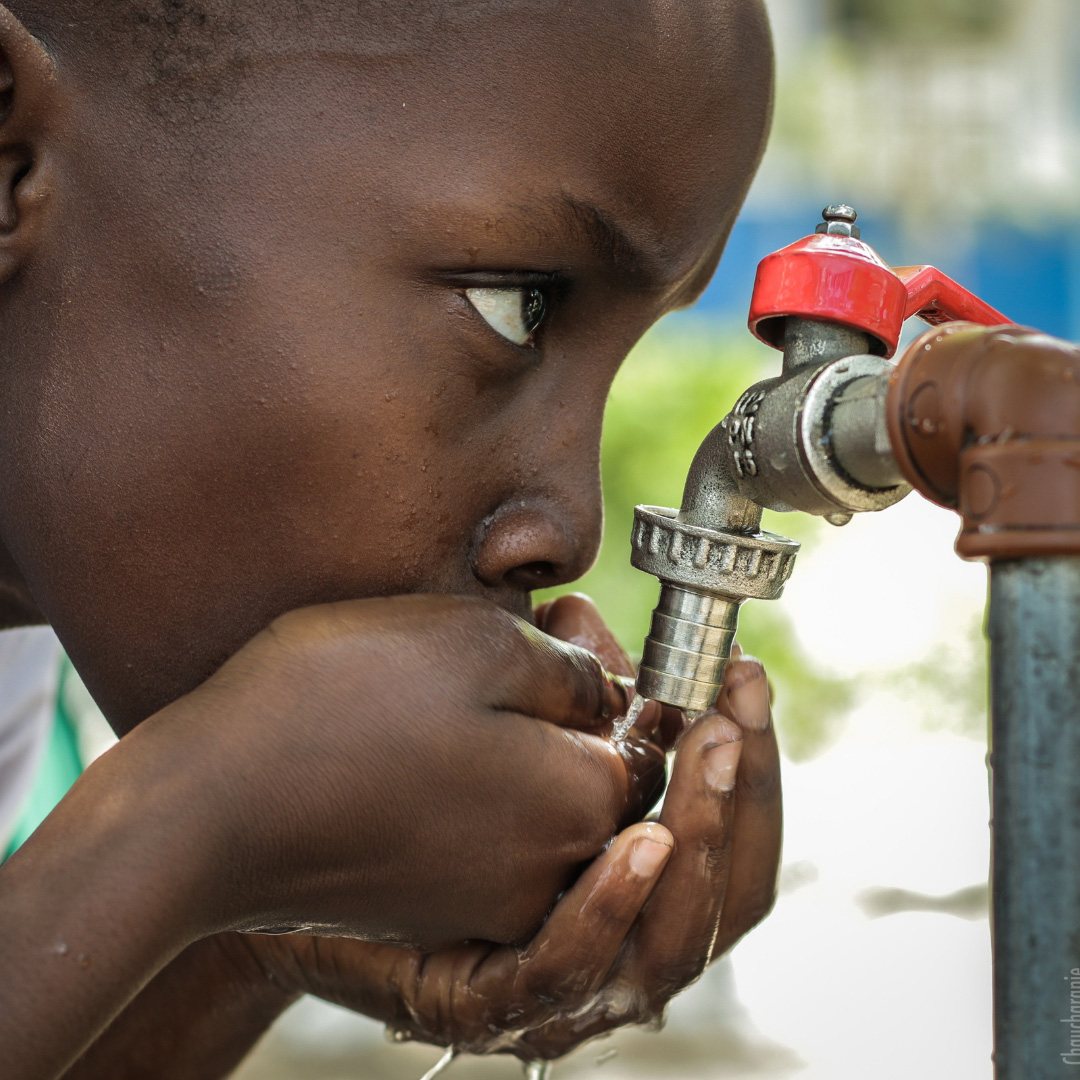 According to WHO and UNICEF, there is still 1 in 3 people who don’t have access to clean drinking water in the world, revealing that although 1.8 billion people have gained access to basic drinking water services since 2000, there are still huge inequalities. Concerning access to toilets, in the least developed countries, people still practice open defecation, with no handwashing facilities. This lack of basic hygiene and clean water causes 4% of all deaths, as it not only can lead to diarrhea which increases the mortality rates among children, but also to other diseases such as cholera, dysentery, hepatitis A, and typhoid.

To fight this lack of hygiene, the first inequality to face is nature. Despite the fact that there is sufficient clean freshwater in the world for everyone’s personal and domestic needs, these resources are unevenly distributed. Some countries don't have enough fresh water available, which is more visible the further of the main cities you go, with 8 in 10 people living in rural areas having no access to potable water due to the costs of these services. Water-related ecosystems are crucial to life, providing advantages such as transportation, natural purification, irrigation, habitats for biodiversity and wealth. However, with a population that keeps growing, the intensification of agriculture and an increase in urbanization and industrial production, it is more and more difficult for nature to fulfill its key functions and provide clean and safe water for all.

Money, as well, is an issue here, as sanitation facilities and water management do have a cost that some countries can’t afford for all their territory, and even if there is water, without a strong government natural water can lead to conflicts, violence and instability. According to a report, people living in fragile states are twice as likely to lack basic sanitation and about four times as likely to lack basic drinking water services as populations in a non-fragile situation.

Improving the water and sanitation situation is not an easy task, as it requires infrastructure such as roads, sews, pipelines, water treatment plants, but it must also be managed in order to sustain future developments and expansion of countries. These projects, often involving disruptive and expensive construction work, create a major challenge to any development effort. It needs strong legislation and guidelines, which can only be managed by national and local governments, who are the key actors in improving the development in the water and sanitation sectors. Authorities have to guarantee universal access, quality standards, and fair pricing for all. 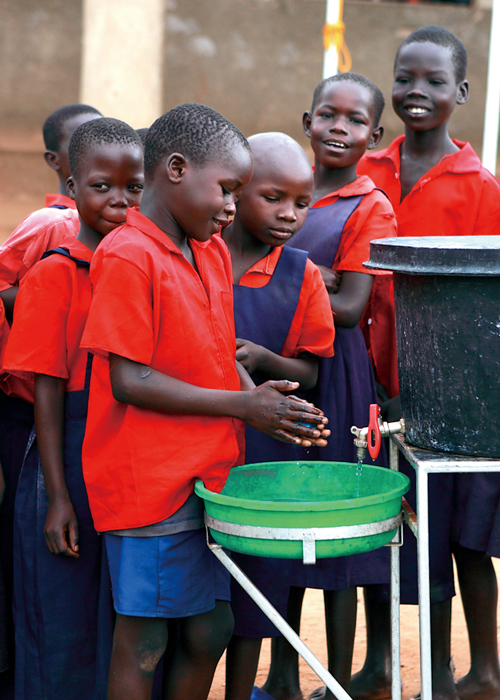 Another fact highlighted in the ONU report was that 3 billion people lack basic handwashing. With an under-5 mortality rate of 89 per 1,000 children in 2009, more than 75% of existing fatal diseases could have been prevented with simple handwashing with soap. On the celebration of our 60th anniversary in 2010, we started the “Wash A Million Hand! Project”, contributing to handwashing education activities in Uganda. thousands of mothers with young children have been educated in proper handwash, and many handwashing facilities have been installed through this program, which is funded by a donation of 1% of specific products in our line to UNICEF. In that way, we help to promote hygiene by spreading handwashing around the world.

Rewarding these activities, we received a certificate of merit from Mr. Hayami, the Director of UNICEF Japan, on behalf of the Japanese Government on the 18th of April, 2019. This is an extra push to continue our partnership with UNICEF Japan, NGOs, local governments, civil society organizations, and other key role players to contribute to the improvement of sanitation in the Republic of Uganda.